E302 responded to the inner loop of 695 and Charles Street this morning for an auto fire. E302 quickly knocked the fire. The fire was then reignited when a fuel line broke and began spraying fuel onto the engine block due to the still live battery, which was unable to be shut off due to exposed wiring. LVFC remained on scene for approximately 50 minutes. E302 was assisted by BCoFD E1, E101, E14, HazMat 114, Foam 14 and units from Maryland Department of the Environment. 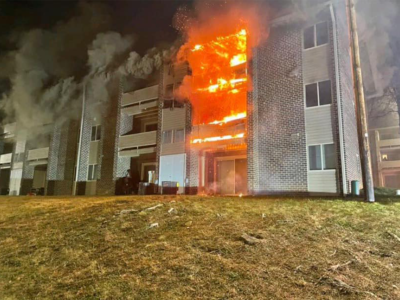